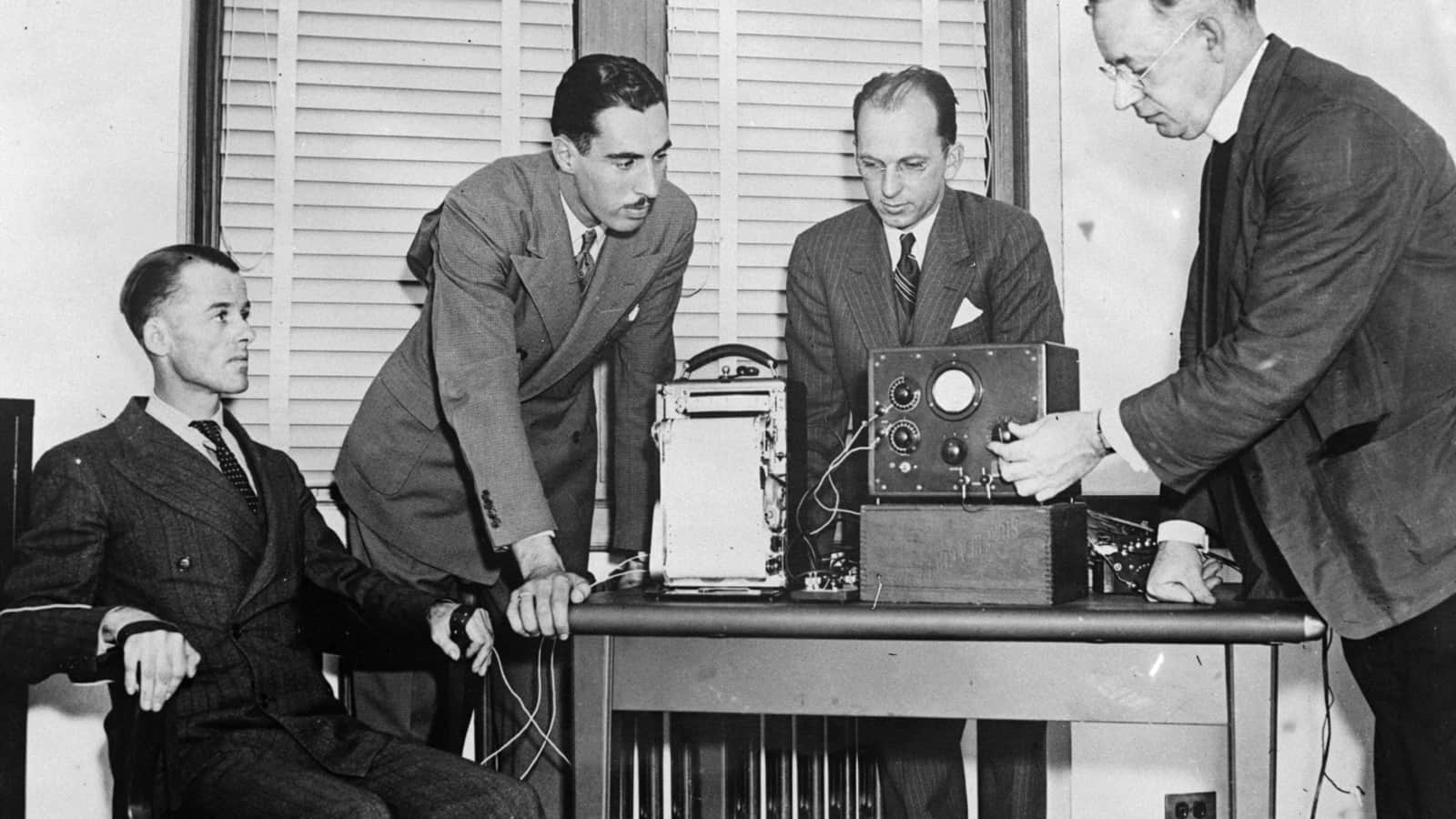 The following data are excerpts published by the “International Society For the Detection of Deception,” in their news bulletin as indicated: August 1948: First edition inviting members. The Society was formally incorporated at Bismarck, ND on 12/30/47.

October 1948: India Police to use polygraph with Puttappa Shivabasppa having graduated from the Keeler Institute…. 40 additional applications for membership received…..First woman polygraph operator joins, Mrs. Jane D. A. Wilson of Madison, WI…Helpful hint – a member suggested using scotch tape to secure the instrument pens when taking the machine on a trip…Society becomes truly International with members in Germany, Japan, Philippines and India.

December 1948: Interesting case from the US Army involved the Kronberg Jewel Case. During heavy bombing of Germany in 1944, the Hesse family decided to put the family jewels in a safe place, which was to bury them in the basement of Kronberg Castle near Frankfort. The Castle was not bombed and was taken over by the Americans as a rest center. In the fall of 1945 a GI who was looking for hidden treasure as related by servants, found a hollow

sounding space in the basement floor. He broke the cement, dug down a short distance where he found a lead lined wooden box. Inside were packages, each carefully wrapped and labeled. Opening some of the packages he could not believe his eyes for they contained the Hess jewels consisting of bracelets, tiaras, diadems, rings, pins, watches, etc. set with diamonds, rubies, emeralds, pearls and other precious stones. The stunned GI called the OIC, Capt.

Kathleen Nash. She ordered them taken to her room where all traces of them disappeared. Nash wanted her friend Col. Jack Durant to see the jewels. He called his assistant Maj.David F. Watson, and the three of them decided to keep the jewels for themselves. To shorten the story the Prince came to get some of the jewels for the Princess to wear at her wedding but found them missing and an investigation was started by Army CID. Nash and Durant were on terminal leave and they were recalled to duty. Capt. Nash did not comply and was found with her husband at the La Salle Hotel in Chicago and was taken into custody by the MP on June 3, 1946. Nash, who had married Col. Jack Durant, was given a polygraph test by Leonarde Keeler and confessed implicating her then-husband Capt. Jack Durant and Maj. Watson. Some of the jewels she had hidden at her sister’s home in Hudson, WI were recovered by CID. Col. Jack Durant was brought in for interrogation and agreed to take a polygraph test. He was not told his wife confessed. He was given peak of tension regarding the location of the jewels and responded to some of them being buried in Virginia and Wisconsin. He refused to take additional tests; however, his interrogation continued. He asked and made several phone calls saying that it “looked good” and they could probably get some of the jewels back. Later that same evening he led CID to the Illinois Central Train Station where jewels were recovered from a locker with the key hidden above a light fixture over a public telephone booth. The jewels were loose stones removed from larger pieces of the Hesse family jewels that had been broken up and the jewels removed. Captain Nash Durant and Col. Durant were returned to Europe for Courts Marshal with Nash Durant sentenced to 5 years and Col. Durant sentenced to 15 years. Maj. Watson was also convicted by Court Marshal and was given three years. The bulk of the jewels were recovered at Hudson, WI and Chicago. Some were found in Ireland, where they had been sent by Maj. Watson, and some in California, Virginia and Washington, DC. An unknown number were never recovered and are still missing……

A case involved the theft of six Army 45 caliber automatic pistols was solved after a polygraph by WO C. N. Joseph. The name of the perp was withheld and four weapons were initially recovered but two had been sold to an “unknown man.” After a polygraph test the perp confessed the “unknown man’ was in fact his father. It was also noted that this individual also confessed after he joined the Army he has stolen an automobile in NY and attempted to steal three diamond rings…..