A concise explanation of the Polygraph Test by Raymond Nelson 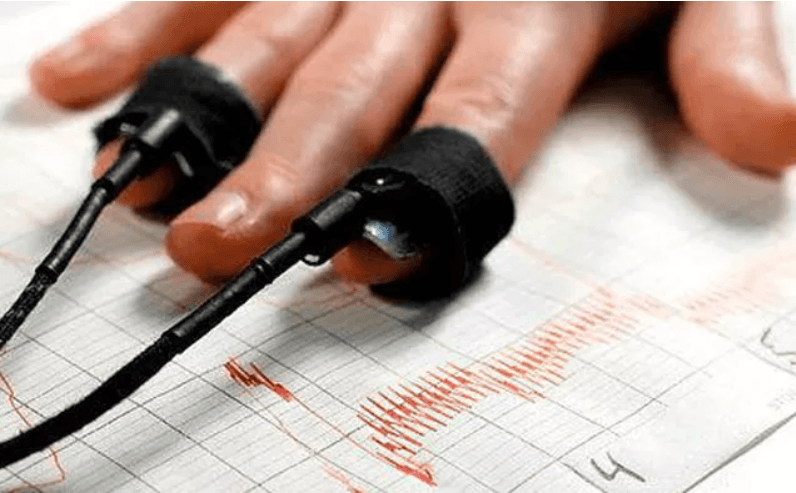 A concise explanation of the Polygraph Test by Raymond Nelson

A concise explanation of the Polygraph Test

Whether in the context of conversation, examination report, media contact or courtroom discussion it can be useful to have a well-constructed concise explanation of the polygraph test. A reasonably complete explanation will convey information about the theory of the test along with simple and usable information about psychological and physiological foundations of the test, in addition to information about the test data analysis and expected accuracy of the test. A highly useful explanation will quickly orient a reader or listener to the correct concepts and terminologies, will provide practical and convenient answers to common questions, and may help to deter occasional tendencies to engage in wishful thinking or naive expectations about polygraph testing. Fol- lowing is an example of an explanation of the polygraph test that may be useful to stimulate additional discourse:

Psychophysiological detection of deception (PDD) testing, also known as the polygraph test – sometimes referred to as “lie-detection” as a term of convenience – is a standardized, evidence-based test of the margin of uncertainty or level of confidence surrounding a categorical conclusion of truth-telling or deception. The analytic theory of the polygraph test is that greater changes in physiological activity are loaded at different types of test stimuli as a function of deception or truth-telling in response to relevant target stimuli. Adequately selected polygraph target issues will involve a behavioral act for which an examinee can know unequivocally whether one has engaged in that action.

A polygraph test consists of an of a pretest interview, test data acquisition, and test data analysis phases. Post-test procedures can include other ancillary activities, including additional discussion, testing and investigation. Completion of a polygraph test can take upwards of 90 minutes, and should take place in a controlled environment, so that an examinee can adequately attend to and concentrate on the test topic and test stimuli without distraction. In this way, changes in physiological activity, if they are timely and independent of other observable influence, can be reliably attributed to the test stimuli.

The psychological basis of responses to polygraph test stimuli can be thought of as involving a combination of factors including: attention, cognition, emotion, behavioral conditioning and other resources for self- control. Differences in deception and truth-telling can manifest in patterns of response that can become observable upon repeated iterations of relevant and comparison stimuli. Statistical classifiers can be calculated for observed changes in physiological activity.

Polygraph test data are a combination of physiological proxies that have been shown to correlate significantly with different types of test stimuli as a function of deception or truth telling in response to deception or truth-telling when answering relevant investigation target stimuli. Polygraph recording sensors include respiration activity, electrodermal activity, and cardiovascular sensors in addition to an optional vasomotor activity sensor. Polygraph recording sensors are autonomic – because activity in the autonomic nervous system has been shown to be correlated with differences between deception and truth-telling. Although each of the individual sensors is itself insufficient as a strong probabilistic indicator of deception or truth-telling, each of the different sensors contributes additional information to an optimized structural or statistical model. Standards of practice today require the use of activity recording sensors to help identify faking or countermeasures.

Suitability for polygraph testing re- quires that an individual is functioning reasonably within normal limits in terms of basic physiology, psychology, cognitive functioning or level of development, and language/communication skills. Probabilistic calculations may not apply in normal ways for individuals whose functional characteristics are outside normal limits, or those for whom the basic theory does not reasonably apply. Most persons who can work, drive, attend school, live in the community and function independently are suit- able for polygraph testing.

Analysis of polygraph test data, like other test data, can be accomplished manually or via automated computer algorithm. Test data analysis involves several processes including: feature extraction, numerical transformation and data reduction, use of a likelihood function to calculate a statistical val- ue, and the use of structured rules to parse a categorical test result from the numerical and statistical test data. Whereas manual polygraph test data analysis methods may continue to rely on visual processes, comput- er algorithms offer the advantage of automated reliability. Reliability of manually scored test results may be strengthened when they concur with the results of automated computer scoring algorithms.

Published information indicates that event-specific single-issue poly- graphs can provide point estimate accuracy rates that exceed .90, depending on the test format and other factors. Multiple-issue polygraphs are both statistically and psychologically more complex than single-issue tests, with mean accuracy rates having point estimates that can exceed .80 for some polygraph techniques. Probabilistic estimates for polygraph test results can be calculated for both groups of cases (i.e. the observed frequency of correct or incorrect out- comes with groups of exams), and for individual cases (i.e., what is the likelihood that the data for a particular examination is correct or incorrect). Like other scientific tests, polygraph test results can be thought of as either positive or negative. Understanding and making use of polygraph test results can be thought of as a process of understanding the likelihood or potential for true-positive and true- negative in addition to the potential for false-positive and false-negative outcomes.

Polygraph testing does not detect, or measure, lies or deception per se. Actual detection of lies or deception – with deterministic perfection – and would be immune to both human behavior and random variation. Because deception and truth are not manifest- ed as unique physical phenomena there is no physical or linear measurement for deception or truth. Scientific tests are used quantify phenomena of interest for which neither perfect deterministic observation nor direct physical measurement are possible. For this reason, all scientific test results are fundamentally probabilistic, and are not expected to be infallible. Scientific tests are expected to provide a reproducible quantification of the margin of uncertainty or level of confidence that can be attributed to a test result or conclusion.

This description is by no means the only description or final word on the matter of polygraph testing. It is neither the most complete and comprehensive description nor the most abbreviated description. It is an evolution of numerous other at- tempts to describe the polygraph test in report writing, courtrooms and other areas of discussion with professionals that may wish to understand or make use of polygraph test data or test results. This description starts with an assumption of a blank-slate level understanding, and attempts the lofty goal of quickly and efficiently integrating basic concepts from psychology physiology, decision theory and test theory. Other descriptions of the polygraph are possible, and may at times be more useful than this one. This description is offered with the hope that it may be useful in prompting discussion and stimulating additional advances in written and verbal communication among professionals who use polygraph tests.

Lie Detectors UK, running Polygraph Tests in the UK and the UAE for over six years. Contact us for more information.