Polygraph Examinations With Awkward Clients, How Do You Deal With Them ?

Polygraph Examinations With Awkward Clients, How Do You Deal With Them ?

This is a good question, what do you do when a person you’ve been asked to conduct a polygraph examinations with is annoying, deliberately offensive and it seems like he or she makes everybody uncomfortable. What examiner hasn’t ever experienced this? This is someone who continually displays anger or conceit, or maybe even superiority. If the subject is on probation of course, you can say something like the person is “non-cooperative” or just do things to fuel that haughtiness or threaten them with lock up, and nothing ever changes. Yeah, and I realize that there are also sources who would give advice just to deal with it, it’s the guys or gals problem, and not yours. 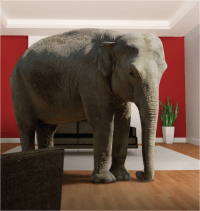 However, if this person is, for example, someone who is a PCSOT individual who will be on probation for several years and will probably be in your examination chair about every four to six months, you might want to think of a possible avenue that will not only help you but might even be of great assistance to this subject.

One thought might be to understand the source of your own annoyance before you react. This kind of helps you figure out whether you’re being realistic in taking offense to this person’s demeanor. If you call the person out, you might even create more unnecessary tension. With that in mind, here’s a few thoughts that might work pretty well for your own follow up behavior.

First, “Ignore it.” An obnoxious individual may simply want attention. Is he or she just trying to get a rise out of you, or any others that he or she has contact with. If ignored, I’ve seen that behavior diminish on its own. Oh, maybe not right away, but about the third, or maybe even the second time I have contact with them. I have to tell you that change of attitude or behavior change always does amaze me when it occurs. I find that you have to be consistent in ignoring the behavior.

Of course, another alternative is to confront the offender but recognize that your confronting or corrective action might only anger him or her. One thing that I thought was interesting that individuals that I’ll call “prejudiced people” seem to be much more likely to change if they can first be made to feel good about themselves. Try asking good, self-affirming questions of a person whose behavior you’re trying to soften. Shining up someone’s self-esteem may help him or her feel less threatened. Similarly, if the offender won’t seem to soften up, another approach could consist of a little praise when the humor is more mature.

Polygraph Examiners: Not A Lie Detector, it’s a Truth Determinate

The experts on pre-test interviews and related observations and behaviors like the John Reid Associates and Stan Walters note in their work that the attitude displayed by the examiner during pre-test interviews should include being cordial and polite, interested and sincere. I agree, and I feel it should stay even-tempered and avoid challenging the examinee’s statements or alibis. An emphasis that I have found myself repeating that also seems to help is relating that the polygraph test is a “NOT A LIE DETECTOR” as much as it is a “TRUTH DETERMINATE” procedure.

The popular belief is of course is that it is a lie detector and the automatic attitude from the subject taking the test is that it is an instrument process to “Catch me doing something I’m not supposed to be doing” or “Catch me lying.” However, in bringing up that this is a “Truth Determinate” process, I’ve found that the belief of this event appears to subconsciously change a thinking that “This guy wants to prove I’m telling the truth. Everyone else things I’m guilty,” or that he did it, or whatever. I’m saying that this has worked for me.

Also, your own appearance and behavior has to match this attitude. This includes facial expressions of understanding and acceptance. Obviously, expressions of disgust, disbelief or anger work against this presentation. The behavioral attitudes of examinees obviously differ from composed and cooperative to nervous, angry and even fearful. We experience examinees who are overly anxious and even overly polite, guarded and complaining, plus an much even longer list. But I feel that our own behavioral attitude is an important game changer.